REMEMBERING HAITI, ONE YEAR AGO TODAY.

In the year since the Haitian earthquake, a lot has happened. Let’s just be honest. Things get busy and situations and issues that don’t require our direct, immediate attention simply don’t get it. Just the other day Maddie and I were recounting all the places that we had traveled in the past year and I had even forgotten that I was in Haiti. We all remember the images of destruction, death, and despair. We all know that that well over 200,000 people have died, but we probably have forgotten what is STILL going on in Haiti. I know I have. The problem is still FAR from over. Enormous concrete buildings collapsed everywhere and the people are trying clear the rubble by hand. This is where the people in area were getting water… Click here to see more of whats going on in Haiti now. 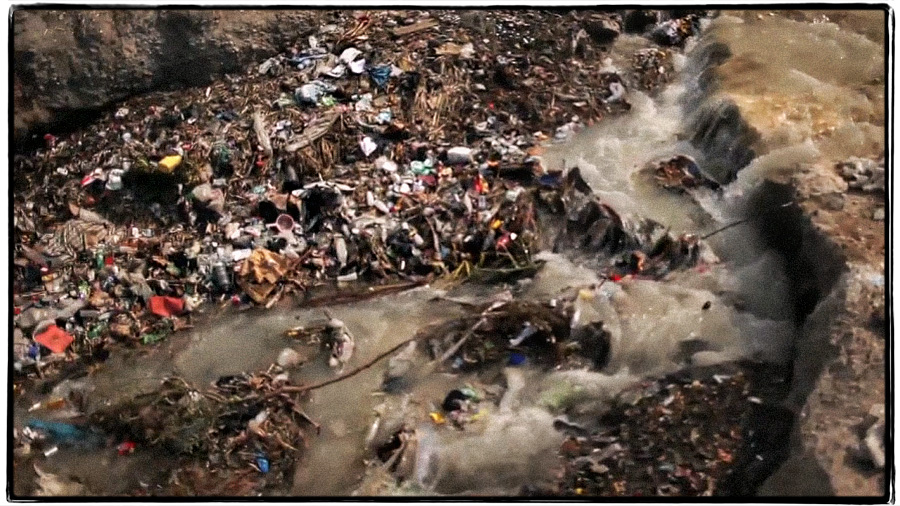 Can you even imagine the amount of disease that this would carry?

I think we lose sight of the fact that these are people and not just a news story.

I’ve decided to repost from last year in hopes that the faces will bring a little more compassion and a reminder to at least pray for the people of Haiti. If you can, think about giving to World Vision or Compassion. I’ve worked closely with both and they are very trustworthy. 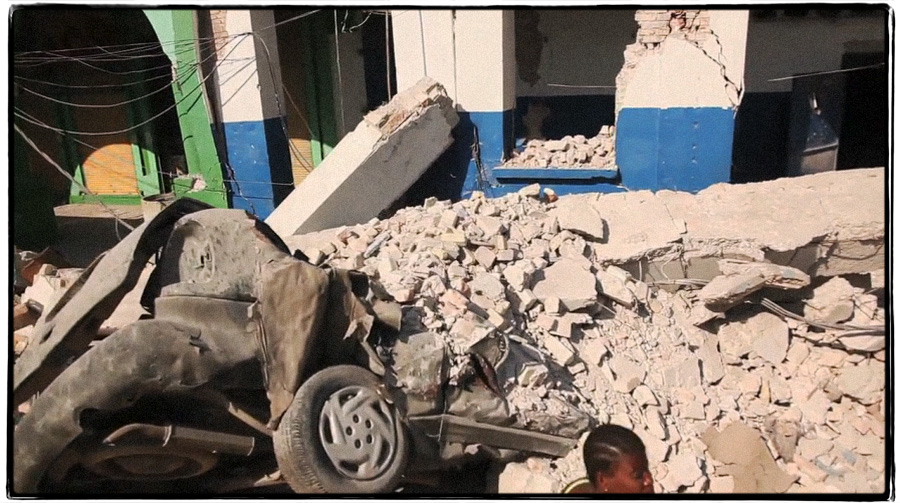 The question I keep getting asked is, “how was Haiti?!?!” It is always enthusiastic and with a smile, like I am going to respond back with an, “AWESOME!” or “SO GOOD!”. The reality is that the situation and even my time there wasn’t either of these things. The widespread destruction can be summed up in the word I found myself saying over and over and over throughout the trip, “unreal”. Driving through Port-au-Prince is like driving through a war zone or a movie. With the way our media is you might think that Anderson Cooper might just be finding the worst spots and simply reporting on them.

The problem really is that EVERYWHERE is the worst spot.

Here are just a few video stills from our initial drive through downtown Port-au-Prince. 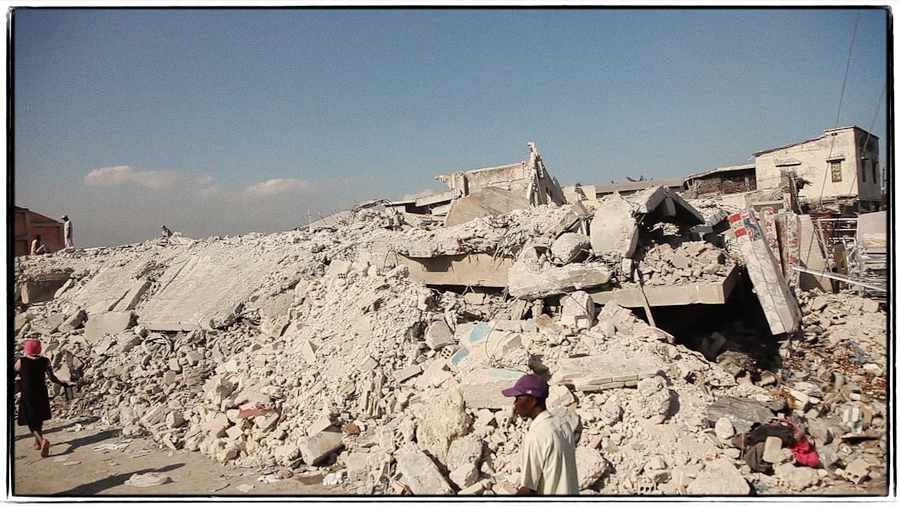 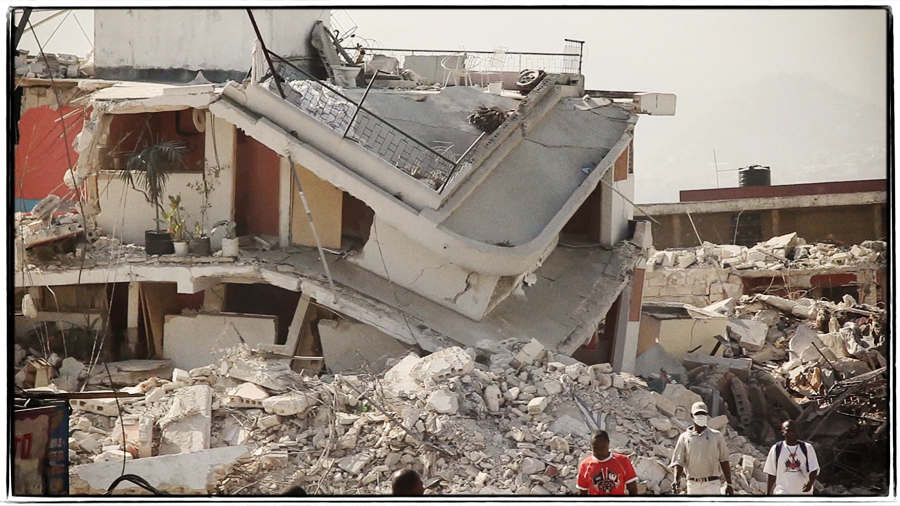 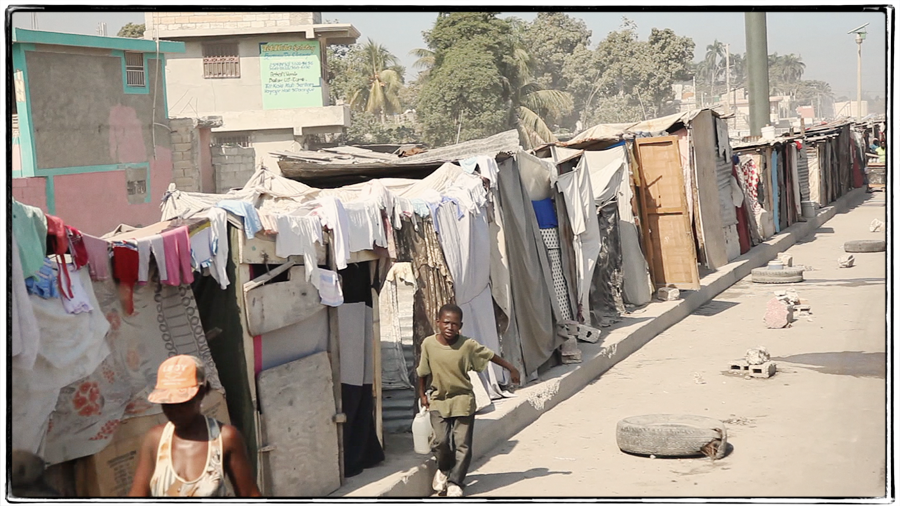 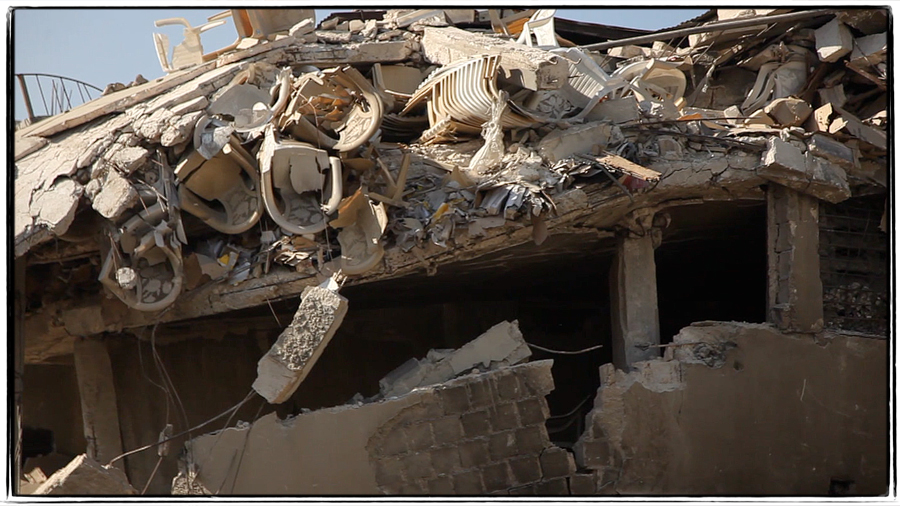 The coolest part of our time in Haiti was hanging out with the kids. Where ever we went, we’d be followed by a small mob is children. These kids LOVED getting their photo taken and thought it was the coolest thing ever to see the photo right after I took it. Here is to the kids who have lost brothers, sisters, moms, dads, grandmas, and grandpas. Their upbeat spirit was incredibly encouraging. 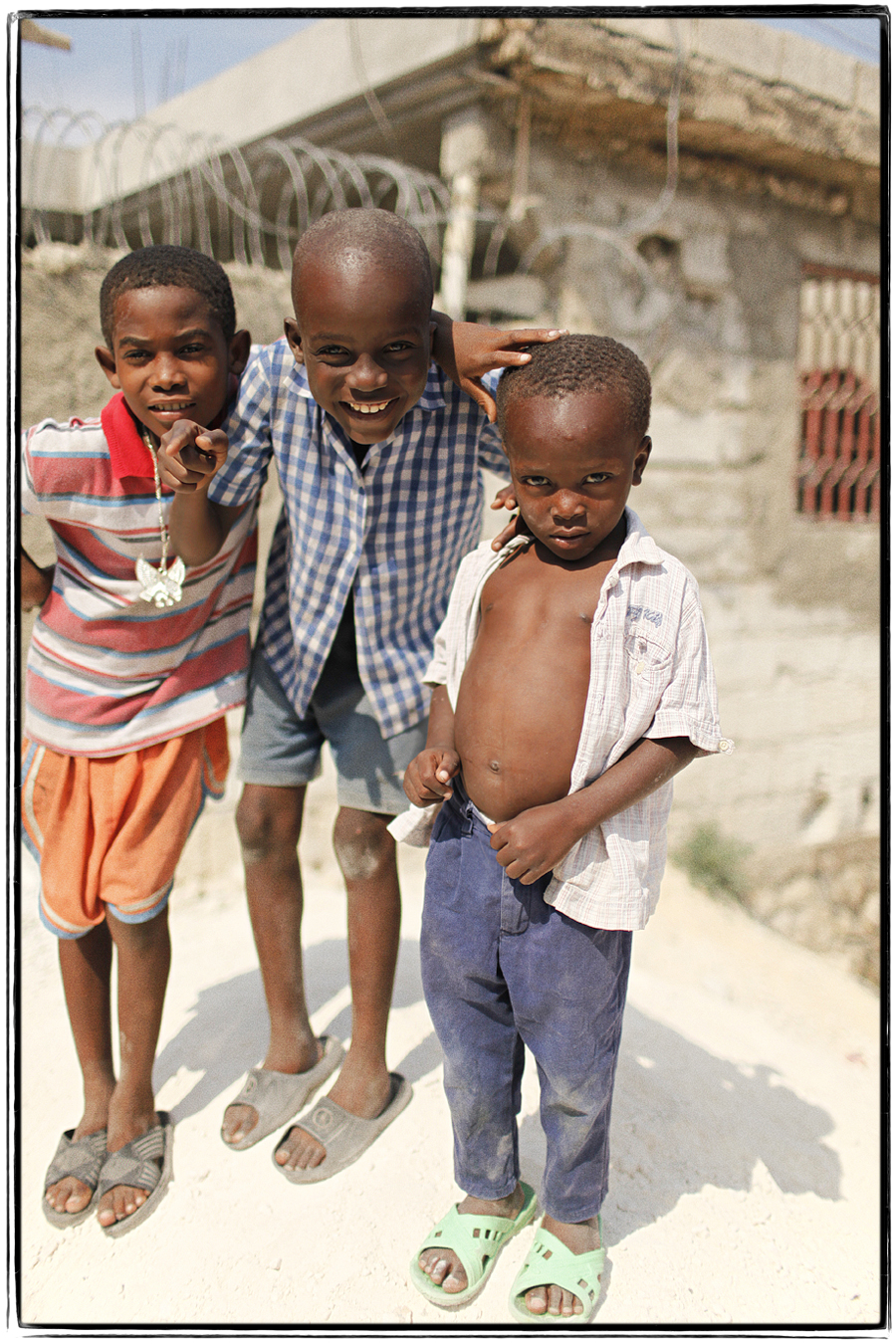 This kid was poking his head under the gate trying to get a look while we passed out tents. 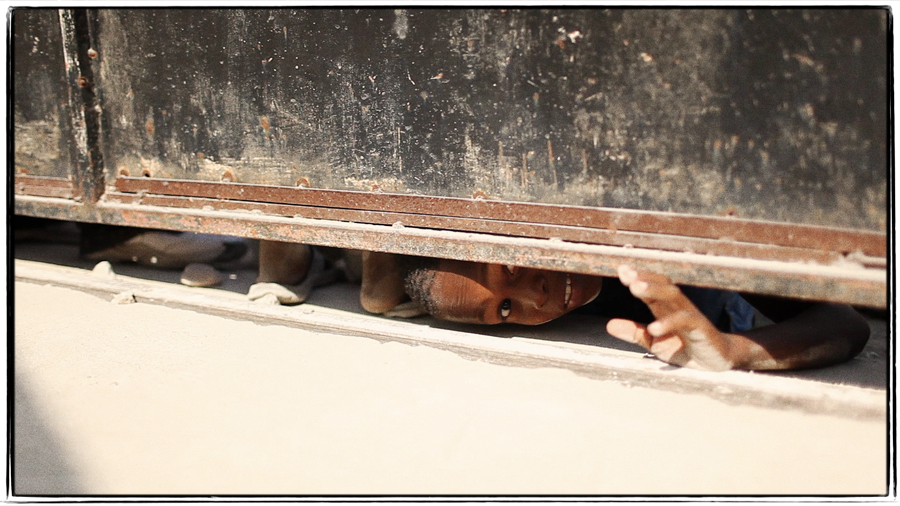 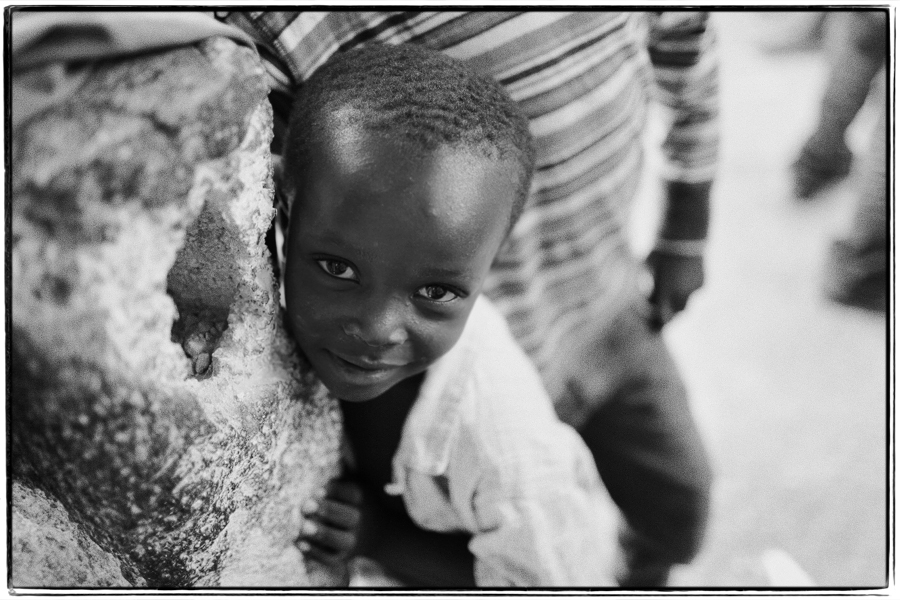 Two girls sat outside of their destroyed school. 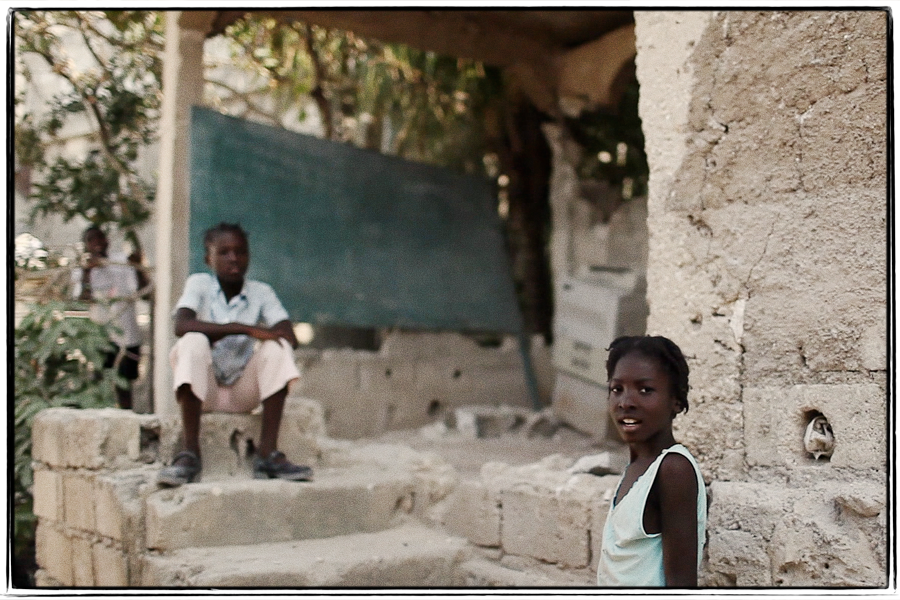 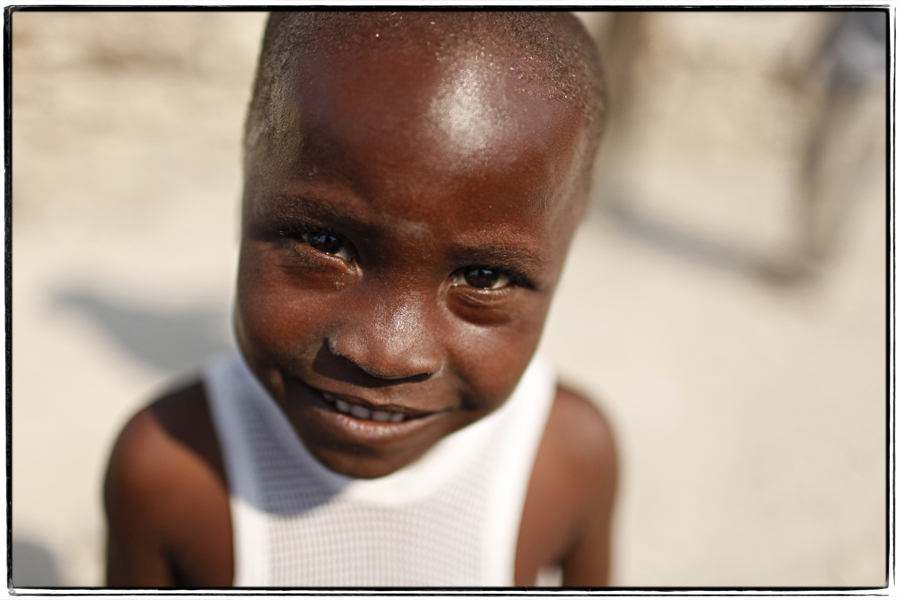 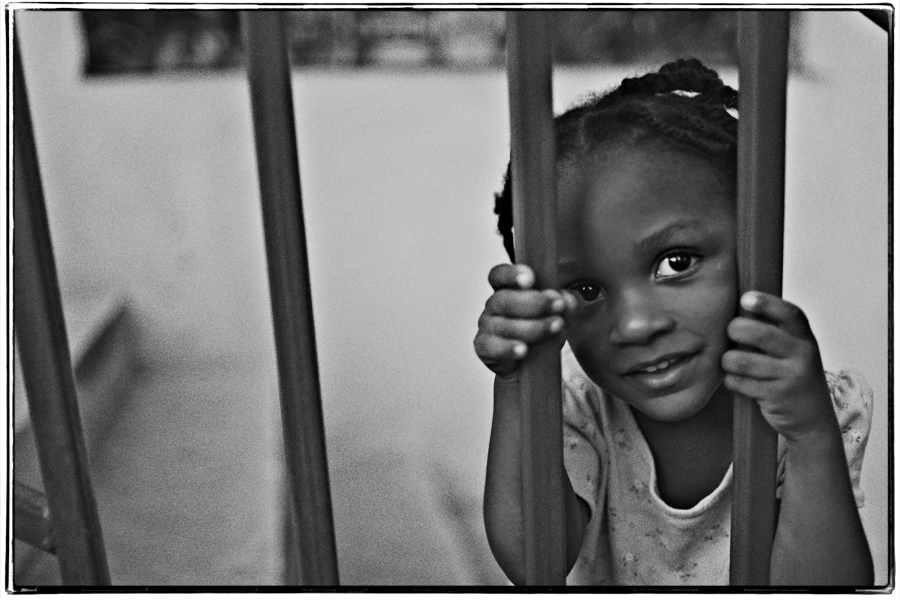 This girl napped on a small stool during the heat of the day under just a bed sheet for covering. 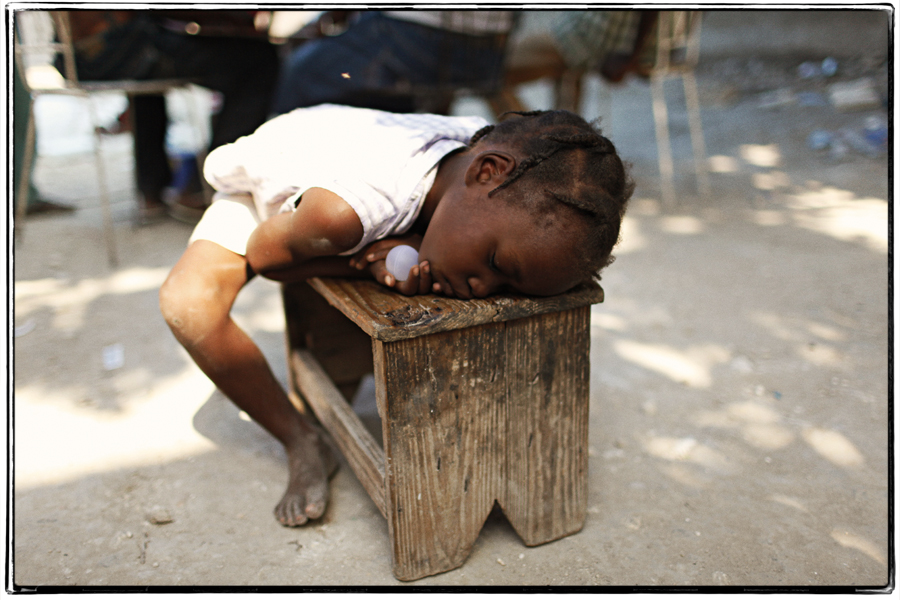 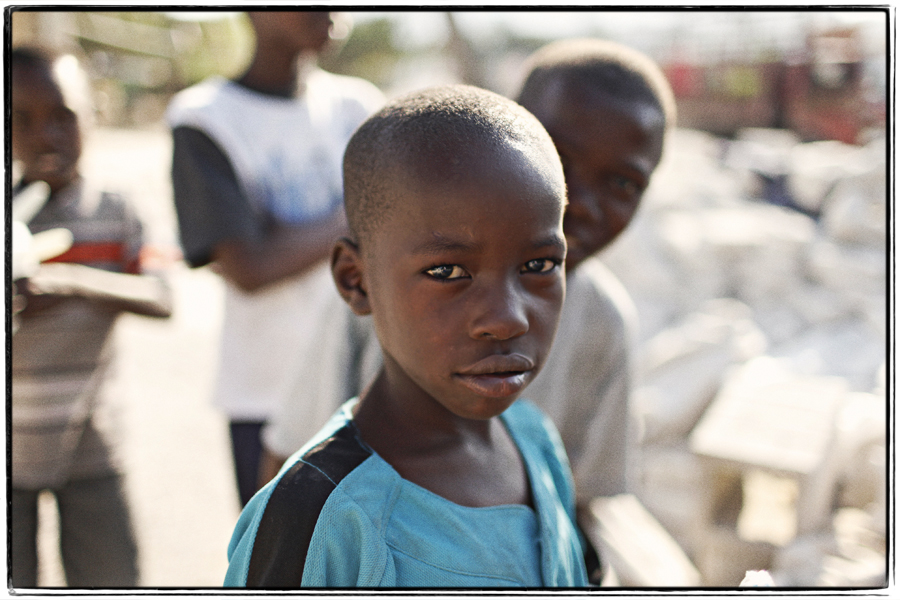 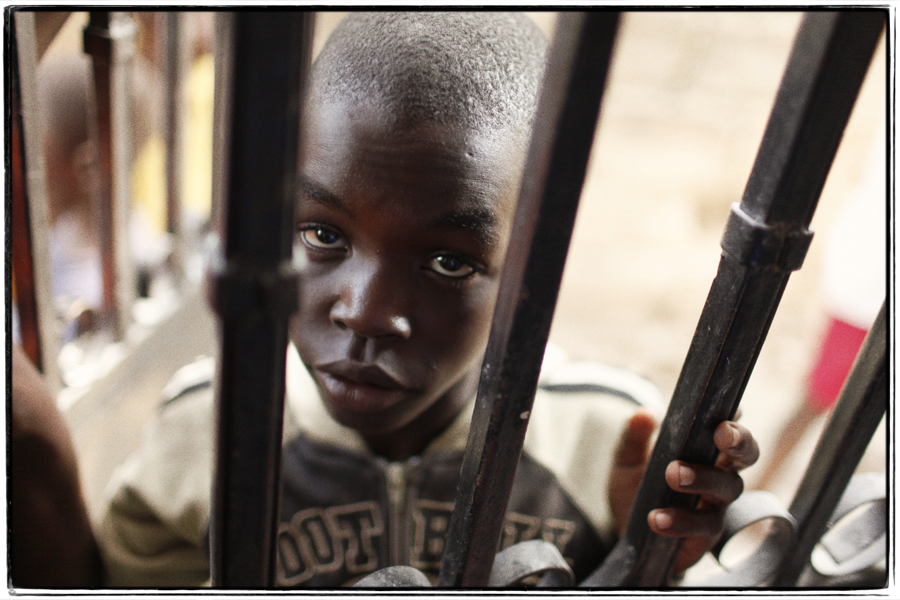 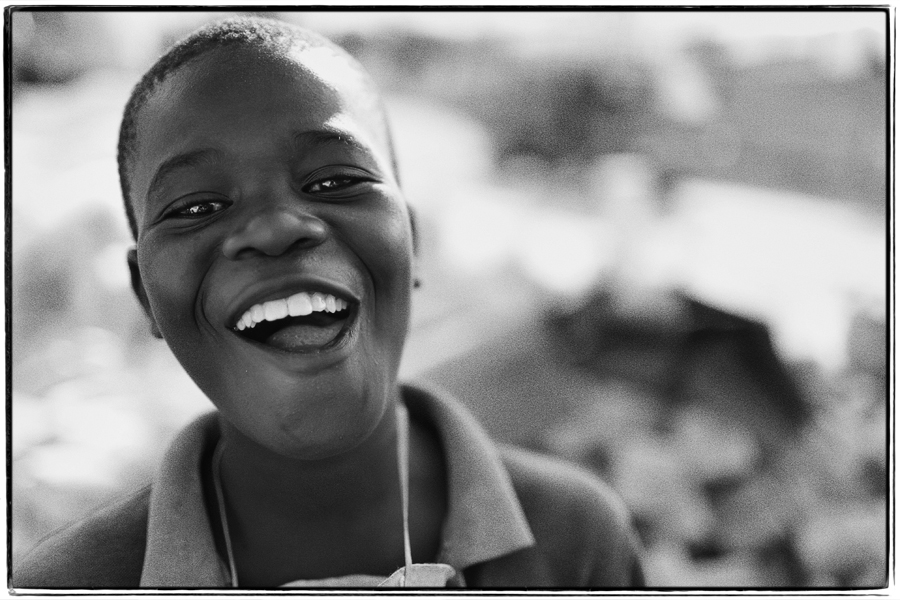 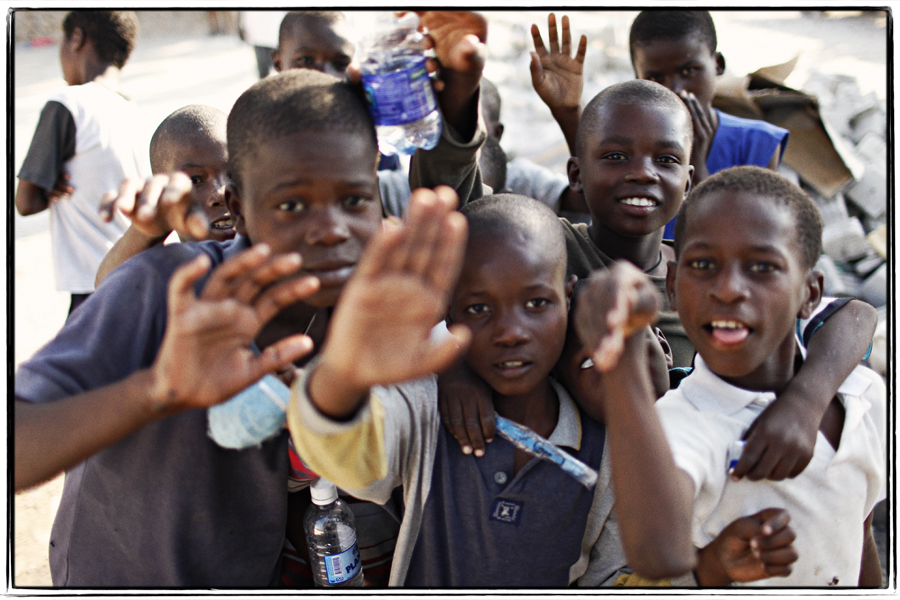 This lady was so excited to get a tent that she literally started dancing. Can you imagine being that excited for a tent?

These people are desperate. How are you involved? 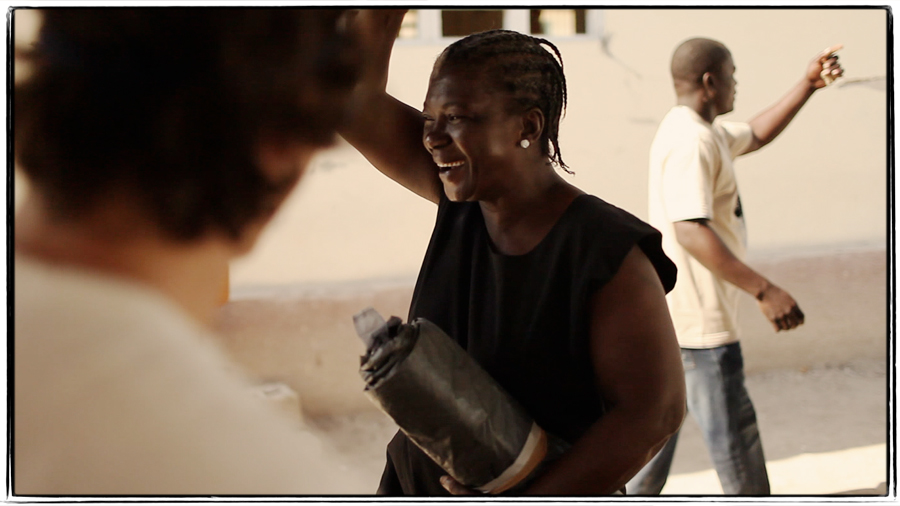 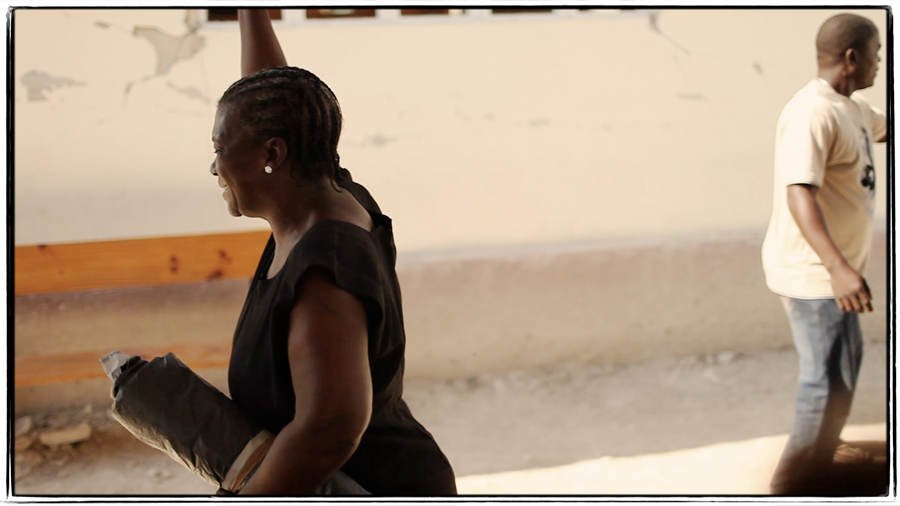 The problem is not over and it won’t be long after all the media has left and turned away to other issues.

Please find a way to help if you can. I can’t stress this enough.

If you would like to see where your money would go if you were to give to Food for the Poor watch this 7-minute video:http://www.youtube.com/watch?v=LW8Xz-sYs4k

We must keep remembering, praying and giving to the charities that are taking care of the basic needs of these suffering souls right now. Charities like Cross International and Food for the Poor are helping these people get by. Please give.

Wow. Important and well captured by you guys. Love the new theme by the way. Reminds me of graphpaperpress themes a lot. A bit more clean though.

First off I want to say that I appreciate your photos and work you did in Haiti. I love your wedding and portrait work and it made me so excited to see you work in Haiti as well.

Next off I would like to comment on Haiti. I have had quite a lot of experience working with Haitians over the past 6 years. I learned to love them in immigrant communities in South Florida and the Bahamas and have been to Haiti now twice. I was there with my wife last year visiting for the first time when the earthquake hit and I just got back from a 3 week visit (I’m still in the Miami airport catching up on news and things since I was gone). I speak Haitian Creole fluently, I love their food, and thoroughly enjoy their music.

With all of this perspective and a fair understanding of their colorful history I can say with confidence that whatever situation Haitians find themselves in, they are creative and resourceful and masters of improvisation. While the earthquake was the cause of enormous amounts of loss, Haitians are doing their best to create a life worth living. My most recent trip focused on finding Haitian groups and individuals that do the best they can to reach out and help those around them. It didn’t take long to find these amazing individuals and witness a small part of what they can do.

Yes, there is still rubble from destroyed buildings from last year. Yes, there are thousands in tent camps. Yes, they are battling a cholera epidemic. And yes, they are in the midst of a fiercely debated presidential election process. Despite all of these things, the resilience of these amazing people shines through and life continues. With that said, their quality of life still needs significant improvement. International organizations and individuals who work WITH Haitians and strive to collaborate with them are very effective in distributing needed resources in Haiti. I know that many are encouraged to donate to various NGO’s but I found a handful of organizations that can do quite a lot with very little funding. If anyone is interested please contact me (I will have photos/video up in the coming days/weeks). I have direct contact with individuals who can put 100% of the resources they receive into effect immediately.

I was thinking a lot about this today too… I can hardly believe it’s been a year since it happened. If you took a picture of Haiti today, it still looks like it just happened yesterday. Thanks for taking the time to remind us that those beautiful people are still there, fighting to live, dancing to live, and loving to live. At the very least, our prayers should continue to be regular and consistent. It’s the least we can do, but it has power, nonetheless.